Enjoy 2 days of music and fun at Bayfront Festival Park in Duluth's Canal Park area, on the shores of beautiful Lake Superior. 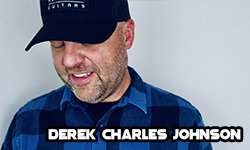 Derek Charles Johnson is a Christ-follower, worship leader, blogger, and songwriter residing in Spring Hill, Tennessee.  His musical style blends acoustic-driven and synth-laden melodies alongside warm, rich vocals.  His newest single "Pray" will be available for streaming and download in 2019.

Derek’s entry into music and ministry was not typical.  Born and raised in Duluth, Minnesota, he first attended school to become a pharmacist.  After several years working in healthcare, he realized God had been placing a burden on his heart for ministry.  In 2009, he went back to school to focus on a worship minister degree.  Upon graduating, Derek spent 7 years on staff as a worship pastor in South Dakota.  During that time, he recorded his first full-length album “Carry On” with producer Tommee Profitt (Capitol CMG).  The album has led to several opportunities to lead worship and perform in live settings including music festivals and various churches across the country.

Now having moved to Tennessee, Derek and his family are following a call they believe God has placed on their hearts.  Derek states, “My goal is to tell people about the love of Jesus and use music as a way to draw people to Him.  After being in vocational ministry, I believe God is calling me to step out in faith and use the opportunities I have to point to Him.”

Derek is gearing up to release new music soon, having recorded several individual singles with producer Jay Speight (Bottle Rockit Productions).  "I know every artist says this, but I believe these new songs are the best work I've done and I've asked God to bring about His perfect will throughout this process.  I cannot wait to release these songs and am excited about the doors God is opening!" 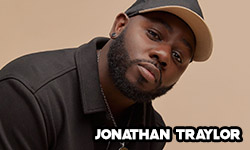 Jonathan Traylor signals the coming of a new generation of faith music—an authentic melting pot of Worship, Christian and Gospel influences, marked by captivating songs and anchored by a heartfelt passion for ministry.

His debut project on Motown Gospel/Capitol CMG, The Unknown, is an innovative playlist of songs and videos to be released over the course of 2020. Chronicling Traylor's journey of blindfolded faith and ultimate acceptance in Christ, The Unknown is a worthy introduction to the singer, songwriter, and dancer who has caught the attention of fans everywhere. 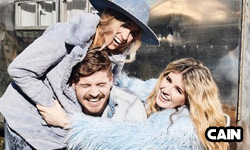 There's vocal harmony, and then there’s preacher’s-kids-growing-up-in-Alabama, sharing-one-room-all-their-lives, touring-as-a-family-band-harmony. And you know it when you hear it. The phrase-bending, chills-making, sibling harmony. And when you pair it with the soft rock sounds we’ve all been missing since the 70s, there you find the magic of CAIN. CAIN (made of Taylor, Madison, and Logan Cain) tows the line between new and nostalgia. Choosing warm, analog tones from some of their influences, like The Eagles and Bob Seger, while not neglecting a crisp, current vocal, making something new altogether. The group has toured all across the US, UK, and Canada, performing at notable festivals like C2C in London and Cavendish Beach Music Fest, but they feel it’s all been preparation for where God is calling them: Christian music. Madison said, "Everything in our career to this point has been a matter of 'making it.' Every song, show, or video had the undertone of 'I hope this will be our big break.' It really took letting it all go and saying 'God, what do you want us to say?' Now, making music brings us pure joy, and I hope the audience can feel it in the songs." CAIN’s debut Christian project is set to be released Spring 2020. CAIN’s debut project with Sony Music Entertainment’s label, Provident Label Group is out now and you can see them live on tour with We The Kingdom and Zach Williams. 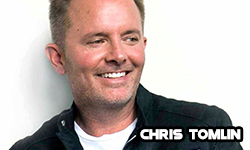 Christopher Dwayne Tomlin is a Grammy Award winning artist originally from Grand Saline, Texas. In 1999, Tomlin rose to recognition when joined on board as a worship leader for Atlanta pastor Louie Giglio’s annual Passion Conferences, along with other worship leaders such as Matt Redman, Charlie Hall, and eventually with Christy Nockels, Kristian Stanfill, and the David Crowder Band.

In 2008, after five solo album releases, and nine with Passion, Tomlin made the move from Texas to Atlanta to be a worship leader for Giglio’s new church, Passion City Church, with its first service being held in February of 2009. Tomlin has since released four solo worship albums, two Christmas albums, and one live album.

In 2013, Tomlin’s seventh album Burning Light debuted at number one on the Billboard 200 albums chart, becoming only the fourth album by a Christian artist to top that chart, along with Butterfly Kisses (Shades of Grace) by Bob Carlisle, You Light Up My Life by LeeAnn Rimes, both in 1997, and TobyMac’s Eye On It in 2012.

Tomlin has recorded some of the most famous songs ever in Christian music, such as How Great Is Our God, Holy Is The Lord, Our God, and Whom Shall I Fear (God of Angel Armies). 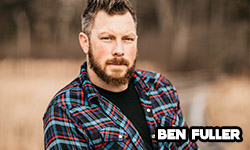 Music has taken Ben Fuller’s life and made it into something he never would have dreamed. Growing up in Southern Vermont, on his family dairy farm, where he learned about hard work and a passion he saw first-hand from his father, he started singing at a young age to pass the time. Well, the song just never stopped and somewhere between the farm and college, he picked up a guitar and never looked back.

In 2015, Ben was involved in a beautiful yet devastating drug-fueled relationship which led him to understand better, the other side of the disease. In addition, come 2017, he abruptly lost his best friend to a drug overdose and his entire outlook on life shifted.

Motivated to change, he moved to Nashville to pursue his career as a singer/songwriter in late 2018.  Falling face first into his music and a new-found relationship with Jesus led him to begin writing with a burning desire to help individuals who struggle with addiction. Today, his heart continues to fill with stories of loss, hope and love as he travels across our country to sing his story as well as the stories of those who can no longer. 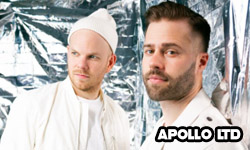 Apollo LTD’s alternative-pop anthems blur the horizon between organic music and electronic soundscapes. It’s an otherworldly sound with a human core — a cinematic mix of airy synthesizes, deep-seated grooves, and larger-than-life hooks that target the head as well as the heart.

Naming their duo after the NASA program that sent the world’s first astronauts to the Moon, bandmates Jordan Phillips and Adam Stark launched Apollo LTD into orbit in 2015. Their full-length debut, Out of Body, followed in 2019, earning the songwriters their first Top 40 hit (with the electro-pop single “Gold”) and racking up a Dove Awards nomination for Best Rock Album. By the time the awards ceremony rolled around in October 2020, though, Jordan and Adam found themselves stuck at home in Nashville, kept indoors by a worldwide pandemic that had turned everyday life upside down.

Much of Apollo LTD’s second album, Nothing is Ordinary. Everything is Beautiful, was created during those strange months in isolation. A bombastic, uplifting pop album about resilience and resolve, Nothing is Ordinary. Everything is Beautiful reframes the unique obstacles of modern-day life as reasons to come together rather than pull apart. This is music for clubs, cathedrals, and coliseums — wide-armed, Technicolor music that’s built to move, punctuated by messages that pack as powerful a punch as the EDM drops, pulsing drumbeats, and singalong choruses that push each track skyward. 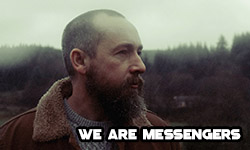 The acclaimed Irish American band We Are Messengers are a rag tag group of friends consisting of Darren Mulligan (lead vocals), Kyle Williams (guitar), Drew Kerxton (drums) and Raul Aguilar (bass) who still believe that it’s possible to change the world. The band identify with the hurting, the outsider and the underdog, and offer songs like an olive branch to society’s marginalized. They have captivated audiences across the world with a live show that is as gritty and rowdy as it is tender and connective. We Are Messengers’ blue-collar work ethic and unfiltered honesty are front and center on Power (Curb | Word Entertainment) - an album worthy of its name.

Mulligan and Williams self-produced the record and co-wrote the majority of Power’s 12 tracks, recording the project entirely on the road. “It was a really unconventional way of writing a record, but what’s super cool is that these songs were written and tracked as we felt things deeply and they are still so fresh to us,” Mulligan shares. “Everything about the process felt organic and unforced. We’ve written the most honest songs we can for human beings, telling stories about our messy lives and about how God meets us in our humanity.

Power’s dozen tracks are as diverse as the band’s fanbase. From the Gospel-charged title track and reggae-inflected “Love,” to the Irish lilt of “Home” and the message of self-acceptance found on the  number one radio single “Maybe It’s Ok,” the album uses a spectrum of sonic textures woven together lyrically by the one thread that sets We Are Messengers apart from other bands: their uncanny ability to speak the truth in love. 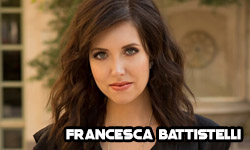 Blending elements of soul, alternative rock, gospel, and mainstream pop into her Billboard-charting songs, Grammy Award winner Francesca Battistelli began writing and performing her own material at age 15. A childhood immersed in music, dance, and theater prepared her for a future career on the stage. She was still a teen when she released her debut album, Just a Breath, in 2004. Her second long-player, 2008's My Paper Heart, topped the Billboard Christian albums chart with help from the Christian number one song "Free to Be Me." By 2014, Battistelli had sung her way into the mainstream, peaking just outside the Billboard 200 Top Ten with her fifth set, If We're Honest, which featured a pair of gold-certified singles: "He Knows My Name" and the Grammy-winning "Holy Spirit." In 2020, she returned to the Billboard holiday albums chart with her second seasonal release, This Christmas. The soundtrack entry "God Is Good" from the film God's Not Dead: We the People arrived in 2021.